Girls Inc. was visited by Newsday at the Wyandanch Youth Center and interviewed about our STEAM programs! Direct link to article: http://www.newsday.com/long-island/towns/nonprofit-inspires-li-girls-to-learn-science-technology-1.5975207

Programming aimed at gender equity and female empowerment is expanding across Suffolk County this fall.

Girls Incorporated of Long Island, an organization founded in 2005 as an affiliate of the national nonprofit, is offering extra-curricular classes this fall at schools in Patchogue, Central Islip and Moriches as well as workshops in several other locations.

Deer Park-based Girls Inc.’s mission is to inspire girls age 5 to 18 to be “strong, smart and bold” through school and community-based programming.

A slow expansion into schools started in 2011, said executive director Neela Lockel, but “this year, there’s going to be a pretty substantial increase.”

She hopes programming, which is paid for through grants and fundraising, will eventually be incorporated into districts’ after-school budgets.

The group’s Operation SMART program came to the Wyandanch Youth Center this summer to promote science, technology, engineering, art and math (STEAM). Girls ages 5 to 9 were taught concepts of chemistry and physics, among other STEAM subjects.

Because the girls were so young, volunteer Asia Jackson focused on simple, hands-on tasks that demonstrated scientific theories.

At one recent class, pairs took turns at the front of the room, interlocking arms and clasping each other’s hands. When Naya Pierce, 7, and Chynna Mclendon, 9, joined together, Jackson turned to the class and asked what “Atom Chynna” and “Atom Naya” were forming.

“A molecule!” they screamed.

When Jackson asked the class about atoms, Arlene Lopez, 6, excitedly raised her hand. “They make up everything we see!” she said.

Lockel hopes girls like Arlene go into a STEAM field, areas long dominated by men. In a 2003 College Board survey, 84 percent of boys and 16 percent of girls taking the SAT said they wanted to major in computer science.

“We’re trying to let girls know that these opportunities exist and that this idea that it’s a boys’ field or a boys’ industry, that those are all myths and we need to actively shatter those myths,” Lockel said.

Jackson, 24, who is working toward a master’s degree in chemistry, said those myths also apply to minorities.

“These girls have two things stacked against them,” Jackson, who is black, said of the black and Latino girls. She said she hopes they learn, as she did, to “push and if it’s something you like, nothing can stop you.”

In addition to Operation SMART, Girls Inc. also tries to foster self-esteem and self-reliance, with programs that help girls navigate money and economics and media and advertising, as well as peer pressure. 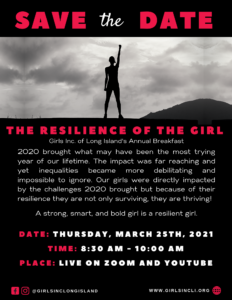